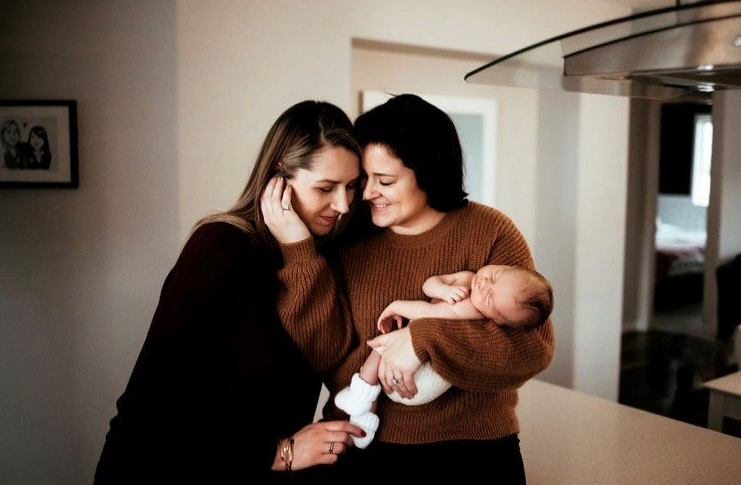 Our journey began when we were travelling to our favourite place, Bulgaria. This country has a special place in our hearts. We were visiting friends when I showed them the ring I was going to propose to Amanda with. Fast forward a few years, we were once again in Bulgaria when we knew we wanted to start a family and settle down in our hometown of Kelowna, Canada.

Luckily Kelowna has one of the best fertility clinics in the province, so we knew we were in good hands. We initially started with rounds of IUI for Amanda and quickly ran out of our first pick of the sperm donor. With 7 unsuccessful rounds of IUI we needed a break. We took off to New York for a get away in 2019 and took the time to recoup and come up with another game plan.

We did have to jump through a few more hoops. First, the donor we initially picked (which we had our failed attempts with) had ‘retired’; his clinic closed down and he was no longer able to donate. This meant that the search was on yet again. We looked over all of the donor sites and found ‘the one’. We ordered a few more vials which I used twice for IUI that were unfortunately unsuccessful.

It was then that the IVF decision was fully made. Cue the tests, medications and injections! Hopped up on hormones Amanda went in for the egg retrieval in December of 2020. To be honest this was the most difficult process emotionally and physically.  That being said, we were very lucky with the results as they were able to collect 10 eggs in total. Of those 10 eggs, 7 embryos were formed and 6 were viable!

Our embryo transfer took place in February; we had one of our best embryos implanted. We decided we needed a nickname for the embryo, nothing too personal in case it didn’t take. We settled on ‘Yo-Yo’, short for embryo and seemingly fitting for all the travel we did between Kelowna and Vancouver for these procedures. The two week wait for the pregnancy test felt like years! Amanda was sure this procedure failed but when the call came through that the test was positive, both her and I were shocked and overjoyed! We sat and stared at each other on the bathroom floor for an hour in complete awe that finally, we were pregnant. Thankfully this first attempt was successful and Amanda gave birth to our healthy baby boy Theodore in October.

The whole process has been a rollercoaster but every medication, needle and test was worth it when we were able to hold our baby for the first time. We’re adjusting to family life as best as anyone can and are looking forward to growing our family once again in the future.