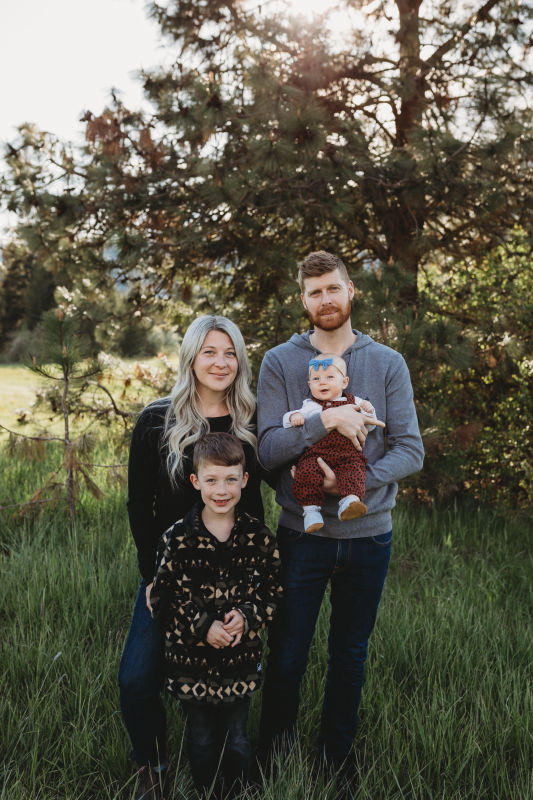 To say we are grateful for the team at Olive Kelowna is an understatement. Dr. Wise, Dr. Daniel as well as all the Nurses at the Kelowna clinic were nothing but professional, understanding and committed! We were even very impressed with the Olive Vancouver clinic, they all went out of their way to do whatever made you most comfortable during the procedure!!

A little back story of our adventure, it all started in 2014. My husband and I had been trying to conceive for nearly 2 years before we finally resorted to reaching out to our doctor and getting a referral to the wonderful team in Kelowna.

After many tests and a couple surgeries, we went ahead with our first IVF procedure in early 2015.  The days going by feeling hopeless of becoming parents and the emotional stresses we had over those couple weeks felt like forever.  We had 3 embryos from my first egg retrieval and we proceeded with transferring two fresh, day-3 embroys as my embryos were very weak and the doctors thought they’d have the best chance in their natural habitat rather than in the lab to survive.

Almost 2 weeks later we found out it worked and 9 months later we welcomed our beautiful baby boy named Kelan!

When he was about 8 months old we found out we had naturally conceived but it was an ectopic pregnancy.  At that point I was about 7 weeks along in my pregnancy and emergency surgery was required. I must state the ladies at the Kelowna clinic were so caring and helpful during that moment of weakness and grief.  So after an emotional heartbreak of losing a baby, that I naturally conceived, I decided it be best to remove both damaged tubes during my emergency surgery.

After an emotional year of mourning our loss, we decided to transfer our one remaining frozen embryo in early 2017.  We were so heartbroken when it didn’t implant and we were devastated we weren’t expecting a sibling for our then almost 2 year old boy.  We took some time to heal and mend our broken, but thankful, hearts for the one child we had, as he was enough to keep us busy and happy!

Fast forward to 2021, we decided we weren’t finished growing our family.  We needed to take another shot. We wanted to try and give Kelan a sibling - someone he could lean on for years to come!  We decided to go ahead and do another cycle of IVF almost 7 years later, for which we are so thankful we had available to us.

We went through the procedure again and lucked out with 3 perfectly normal embryos. We transferred one embryo in May of 2021 and we welcomed our beautiful little girl named Fionn!

We are so thankful to say that the Kelowna and Vancouver team were apart of helping us grow our perfect little family. Without them we’d have nothing!

Thank you to both clinics for all your hard work and dedication to your practices. We actually can’t thank you enough! I know that if we decide try to grow our family further you all will be more than welcoming of our return!