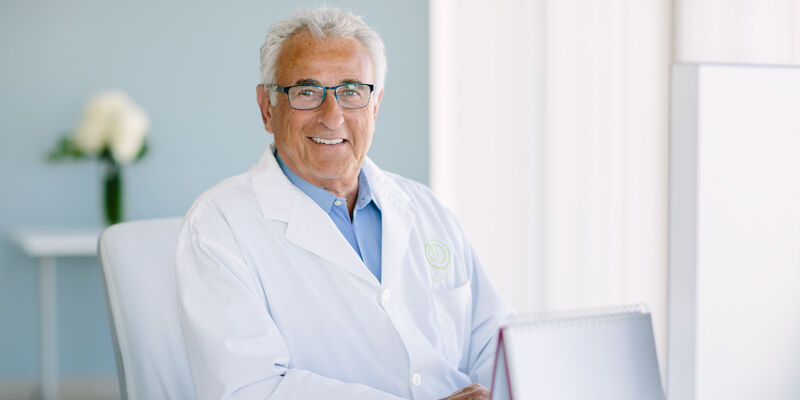 MD, FRCSC
“In all the years I have been a reproduction specialist, the thing that gives me the most satisfaction is being there for my patients through all the ups and downs. Supporting them is the real reward.”

Dr. Yuzpe has been the recipient of numerous awards, including the Canadian Fertility and Andrology Society Award of Excellence in Reproductive Medicine, the Society of Obstetricians and Gynecologists Presidents Award ("for his distinguished career in academic reproductive endocrinology and infertility and his dedication to women's health in Canada and abroad"), and the Royal College of Physicians and Surgeons Speaker's Award.

Dr. Yuzpe is co-founder and co-director of Olive Fertility Centre. As Canada's most senior Reproductive Endocrinologist, he has been involved in IVF for the past 30 years and in the field of infertility for the past 43 years.

He received his MD, M Sc. and completed his fellowship training in obstetrics and gynecology at Western University, London, Ontario. During his training, Dr. Yuzpe was a Fellow of the Medical Research Council of Canada for two years with his research focusing on the development and refinement of fertility-promoting drugs, including clomiphene and human gonadotropins.

Dr. Yuzpe joined the Western University Faculty of Medicine, Department of Obstetrics and Gynecology, in 1970 and passed through the academic ranks to full professor. He retired from the university in June, 1995, and now holds the distinguished academic appointment of Emeritus Professor of Obstetrics and Gynecology. Dr. Yuzpe then went on to found the Genesis Fertility Centre in Vancouver, British Columbia.

He pioneered the development of the emergency contraceptive pill, which is often referred to as "The Yuzpe method." This method was recently listed by the Canadian Child and Youth Health Coalition as among the 10 Canadian discoveries with the greatest impact, or the greatest potential for impact, on health outcomes for children and youth in the last 100 years.